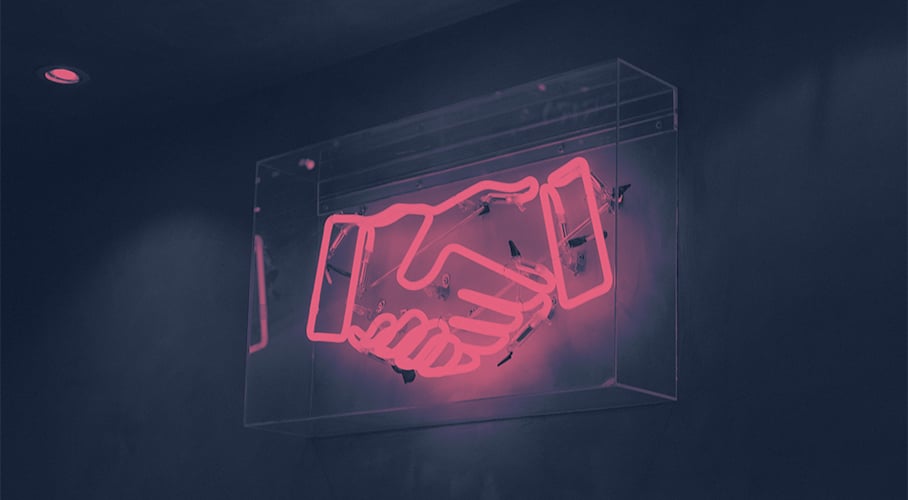 We recently partnered with Heavy Chef to help them bring entrepreneurial education to more South Africans. Fred Roed, CEO and founder of Heavy Chef, has a deep understanding of the South African entrepreneur scene. We asked him what the most surprising recent changes are – here’s what he had to say.

It’s been two decades of hard technological advancements. In this environment, it’s important to remember the soft stuff.

The importance of partnerships

The world is crazy right now. There’s a pandemic raging outside, and havoc being wreaked on economies and society as a whole. In this environment, understanding technology platforms is important. Understanding partnerships even more so.

Heavy Chef recently engaged in a long-term partnership with xneelo, focusing on inspiring and empowering entrepreneurs in South Africa and beyond. It’s such a privilege to be engaging with the xneelo community again. I have a long history with the company, from way back when I ran a tiny digital marketing agency in the early 2000s. In those days xneelo was called ‘Hetzner’, and it was immediately striking to interact with the team.

Digital-first, way back when

Back then, my agency – World Wide Creative – was part of the early crop of digital-first agencies. The traditional agency folks were a little bemused by our group of young techno-heads. We spoke about things like ‘always-on communication’ and ‘many-to-many conversations’.

Marketing people in boardrooms were partly intimidated by us, partly annoyed by us – mainly because they had no clue what we were talking about most of the time. Much of the time, neither did we

We were certainly a lot more confident about the new technologies than the traditional agencies. Traditional agencies were hesitant to embrace our digital gospel because they didn’t need to: their business model was working beautifully.

This ‘digital thing’ was not good when viewed through the lens of five decades of ever-increasing profit. I go into more detail about how disruptive digital really was, here:

My agency, World Wide Creative, which I co-founded with Mike Perk, came hot on the heels of a host of other digital agencies back then: Aqua, Cambrient, Trigger, Hellocomputer, Quirk, Electric Ocean, Prezence. It was tough going. We were clearly not welcome in this heady world of established systems.

The market was both suspicious and fascinated, in equal measures. In those turbulent times, we saw a number of digital start-ups fall by the wayside.

It was therefore critical that we had strong relationships with strong partners. This brings me back to our first interaction with xneelo (or Hetzner, back then). I recall the first time I phoned the support department and spoke to a consultant. A woman answered. I was surprised. I had phoned other suppliers and every time I spoke with a sublimely difficult-to-understand geeky male. In contrast, this consultant was lucid and friendly.

Note for younger readers: In today’s slightly more progressive times, it’s not totally unusual for tech support to be ‘manned’ by women, but back then in South Africa it was utterly revolutionary.

I had been so used to prickly conversations that speaking to my xneelo counterpart was a breath of fresh air. In a world of baffling technospeak, this affable consultant managed to cut through the confusing aspects of hosting (believe me, back then it was pretty mind-bending) and infuse clarity, order and trust. I immediately felt comfortable and (despite the fact that I was sort of techno-savvy myself) smarter.

We signed up with xneelo after that phone call, right at the beginning of our journey through the treacherous marketing hallways of South Africa.

We also took on board an important lesson that day: “If we can make our clients feel comfortable and smarter, we will be far more likely to sign them.”

It worked. World Wide Creative grew to become one of the top ten agencies in the country, and one of the largest on the continent. Our clients included Vodafone, The Foschini Group, RMB, FNB and City of Cape Town. The partners in the business, Mike, Louis and I, sold the business in 2013 and I left in 2016.

As far as I’m aware, xneelo remains WWC’s sole hosting partner, even to this day.

Earlier this week I watched a webinar with my friend Pierre du Plessis, author, business coach and all-round wise person, and he dropped this pearler in amongst the lessons:

This was the lesson deployed by xneelo, way back in the high tech Wild West of the early 2000s, and which we stole from xneelo and implemented at World Wide Creative.

Tech entrepreneurs today would do well to steal the same lesson.

Fred Roed is the Founder and CEO of Heavy Chef Pty Ltd, which is a community platform for entrepreneurs. Heavy Chef is a learning platform for entrepreneurs, offering regular learning experiences during the day and the most popular monthly leadership and tech events in South Africa in the evenings. Roed’s first book The Heavy Chef Guide To Starting A Business In South Africa was launched in 2018 and became a bestseller on Amazon.

Why user experience is as important as what you’re selling